4 Ways Data Science and Design Work Together was originally published on Springboard.

While they might sound like polar opposites, data science and design represent an interdisciplinary approach to designing intuitive, user-friendly products made expressly for humans.

If you’re interested to starting a career in digital media publishing, website design, interface design, user experience design, digital marketing, and digital media production and design, get a Certificate in Visual Design from University of Calgary Continuing Education. The courses in this program allow students to reflect their individual interests and career directions.

Here’s a good example of using a design approach to solve a problem. When a startup called Rise Science approached IDEO, they presented a data platform for college and professional athletes to track their sleep and adjust their behavior so they could play at peak performance. But users had trouble understanding the charts and graphs to decide what they should do next. What they needed was not easier-to-read data, but a different perspective on their data based on actionable recommendations they could follow, such as “Go to sleep earlier.” The problem was not a data visualization problem but a user experience one.

During their session at Rise, Wickes and Nash discussed IDEO’s four-step design process and how they’ve fostered collaboration between data scientists and designers throughout the design process.

The initial phase of any design process starts with searching for inspiration in unlikely places. Instead of performing a standard-issue competitor analysis or studying the market, IDEO designers look to other industries that are analogous in terms of human factors to the industry for which they’re trying to solve a problem. Recently, the design consultancy was tasked with designing a holistic patient experience solution for Nemours, a pediatric healthcare system that operates hospitals and clinics in Delaware, Florida, New Jersey, and Pennsylvania.

The team needed a method to combat emergency room overcrowding and reduce patient admission time. An ER is a high-density environment where doctors and nurses are focused on diagnosing issues and fixing those problems while under severe time pressure. For inspiration, the team looked to the race track—specifically, to the pit crews that check and fix car parts during races.

“They’re a team of highly specialized individuals who diagnose problems, find solutions and treatments to alleviate those problems, and execute those solutions in a high-stress environment,” explained Wickes.

The designers took a similar approach to the emergency room redesign: patients are greeted, sorted by medical condition, and immediately checked into rooms.

Using data science during this process allowed the designers to explore analogous spaces and blindspots. Proprietary data from the client or publicly available data sources like social media are a great place to start. Wickes says looking at hashtags and posts related to the potential product idea allows design teams to find those first sparks of inspiration—perhaps by discovering that people use a certain product in unexpected ways or perceive a particular brand differently from its positioning.

From a human-centered design standpoint, research involves stepping into the prospective user’s shoes and building empathy for them to understand their pain points, each one of which represents a design opportunity. Lisa Nash, a data scientist and designer at IDEO, couches it in simpler terms: “Understanding what people say, do, think and feel.”

Most qualitative research centers around surveys and one-on-one interviews, but what people say and what they actually do often diverge. For example, when IDEO was approached by a pharmaceutical company to redesign the packaging for a brand of prescription medication, the team interviewed people who took prescription meds on a daily basis. One interviewee was an 80-year-old woman, whose hands shook from arthritis. She told the researcher she had no trouble opening her pill bottle. Curious, the researcher asked her to demonstrate how she did it.

“To their surprise, she pulled out a deli slicer to cut the top off the prescription bottle,” said Nash. “Then it was pretty obvious that she had created a workaround and wasn’t opening the bottle the way it was intended.”

Exploring the gap between people’s stated intentions and their actual behavior can be very enlightening. Applying a data science approach to this phase of the design process helps researchers gain an objective view of qualitative data. For example, using statistical analysis to rank the relative importance of competing pain points or understanding how much time someone loses from using a subpar solution.

Once designers have done sufficient research to understand their target audience’s pain points and brainstorm potential solutions, the next step is to design a tangible product, test it in the field and iterate in response to user feedback. Prototypes can be low-tech; IDEO designers often defer to arts and crafts supplies commonly found in preschool classrooms, such as pipe cleaners, modeling clay, and paste.

Wickes displayed a photo of a nurse at an IDEO workshop who proposed an idea for a bedside medical device that she could operate one-handed so she could hold her patient’s hand with her free hand and keep them calm during the procedure. She’d prototyped it using yellow Play-Doh. “No one expects that a lump of Play-Doh is going to be the final design,” explained Wickes, “so they’re able to look at the inherent essence of the idea that the nurse is trying to communicate.”

Visuals are an ideal medium for data scientists and designers to communicate their ideas in a universal language, whether it’s a sketch of a potential interface or a graphical representation of data analysis.

The final phase of the ‘design x data science’ process involves tightening up the concept and presenting the final idea to the client. Communication isn’t limited to charts, reports, and PowerPoint presentations. It could involve having the client try a hi-fidelity prototype of a mobile app by assuming the role of a particular user or creating an experiential pop-up installation to show how a reimagined retail space or in-patient treatment center would look and feel.

“We like to bring the vision to life for our stakeholders,” said Nash. “We communicate the design in a way that our stakeholders not only understand our design but also feel it.”

Using data science techniques in communication allows designers to ground the prototype in a real-life situation by using real or simulated data. For example, in one recent project, IDEO redesigned the patient experience at a hospital. They conducted qualitative interviews with patients and analyzed the data of patient flows to discover opportunities for improving the experience, such as reducing wait times.

Data scientists used real data from the hospital to simulate different scenarios and how each one would affect patient flow.

“The simulation helped the team test different possibilities,” Nash said. “The client remarked they could feel the emotions the patients might feel during different parts of the process.”

For more Rise 2020 coverage, check out posts on how data science can be leveraged for social good and tips on transforming your career in a post-pandemic world. 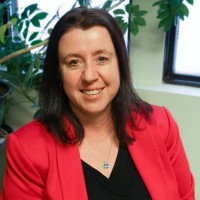 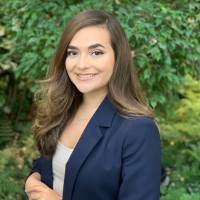 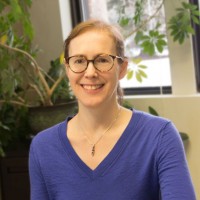 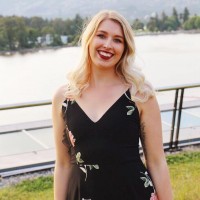 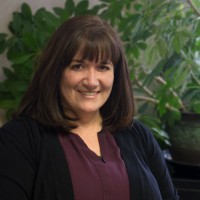 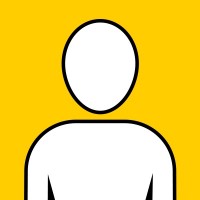